Leslie has lived in Chalk since 1982 and has been privileged to serve on GBC as Councillor since 2007 and as leader of the Conservative Group since August 2018.

During his working life, Leslie earned his living in the harbour and sea towage industry.  Following formal education, he attended several Nautical Colleges, gaining his ‘Masters Certificate’ at the London Polytechnic.  His many vocational interests included Health and Wellbeing and safety matters. He was a member of the ‘London River Authority’ executive and has been a ‘governor’ of Darent Valley Hospital for several years.

Chalk is a ‘semi-rural area’ and Leslie has taken an interest in environmental issues, with particular regard to mitigating the detrimental effects of the proposed Lower Thames Crossing.  He strongly believes in protecting the nearby marshes, greenbelt and will fight to protect the ‘strategic gap’ between Gravesend and Medway.

Leslie regularly chairs residents meetings in Chalk, attends, ‘Take a Break’ sessions on Wednesday mornings, where he enjoys conversations with many Chalk residents.  He writes a regular monthly article in the Chalk magazine, in order to keep residents informed of council activities.  He has worked hard to deal with Highways improvements and is always available to deal with problems on behalf of local people.

Leslie takes pride that Chalk is a peaceful area, with the lowest crime in the whole borough. He will support further measures for Crime Prevention.

Our pledges for Chalk

This is bad news for the growth of Gravesham and it's traders and shoppers.

Councillor Leslie Hills had this to say about the unwelcome decision ...

Restoring the boundary stone between Chalk and Denton

The Chalk/Denton demarcation stone has been removed in order to facilitate recent works at the Lion Roundabout. We would like it restored.

By Cllr. Leslie Hills (on the right in the picture above) 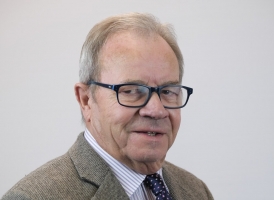