Gurjit Bains is a Gravesham Borough Councillor for the Woodlands Ward.

Gurjit was first elected to represent Whitehill Ward at Gravesham Borough Council in 2015 at the age of 24, making her the first Asian female to serve as a councillor in Gravesham and one of the youngest members to be appointed to the Cabinet.

She was born and brought up in Gravesham and is passionate about seeing the diverse and cohesive community within Gravesham flourish.

Professionally, Gurjit works as a political consultant advising companies within the planning and local government sector. Prior to this she worked as an adviser on outreach issues for Vote Leave during the EU referendum.

Our pledges for Whitehill 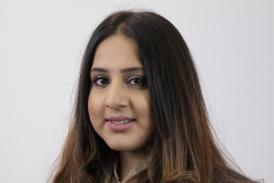