Samuel Robson is a prospective candidate for the 2019 borough elections, standing in the Central Ward.

Samuel has lived in Northfleet since the age of 8 and is passionate about local issues, including housing, preserving green and open spaces, promoting our town's ancient heritage and health and social care. If elected, his priority is to be a good listener to all the people in Central Ward, whatever their concerns or political beliefs.

Professionally, Samuel is a medical doctor. He has worked in Respiratory and General medicine, currently works in General surgery and has a special interest in Psychiatry. He is passionate about the diagnosis and treatment of those with mental health problems and increasing awareness about the specific difficulties these people face in society, including stigma, discrimination and lack of understanding.

In his spare time, Samuel trains in Tae-Kwon-Do and values discipline, respect and compassion for people regardless of their skill, education or background. He is also a classical pianist and proud advocate of our national health and social care services, which he views as one of our nation's most treasured institutions>

Samuel above all wants to aid those in need and recognises this as a key part of being a councillor in local government.

Our pledges for Central 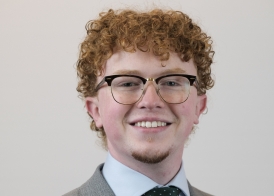