David has been an elected councillor on Gravesham Borough Council, since 2003, for Riverview Ward. Since 2003, he has worked hard to develop a close working relationship with electors on Riverview. Our regular Police And Community Together (PACT) Meetings permit residents to voice their opinions, concerns, and aspirations for their community.

To serve the community by representing their concerns to Gravesham Borough Council officers and Elected Members of Parliament, is a sacred trust that David holds dear.

Having lived in Gravesend for nearly forty years, David knows Gravesend is a wonderful, diverse, exciting town, that offers many advantages and opportunities to all residents.

Having previously served in The British Army, he is ably qualified to be Gravesham Borough Council's Armed Forces Champion. His Brief is to ensure that both serving and previously-serving Armed Forces personnel do not suffer adversely by having lived away from Gravesham for a while, sometimes years. In addition, he ensures that Armed Forces personnel, wounded whilst serving their Queen and Country, are given all the benefits they need, and deserve, to ensure their quality of life is enhanced.

Professionally, David has spent many years in the printing, publishing, and newspaper Industries, including The Daily Telegraph, Fleet Street, London, and Rupert Murdoch's Newspapers in Sydney, Australia, where he lived for four years.

In May 2018, David was honoured to be elected by his fellow Councillors as Mayor of Gravesham.

David's daughter, Sarah, and Son-in-Law, Mark, have two delightful daughters, Abigail, and Imogen. One of David's favourite pastimes is spending time with his grand-children and watching their progress at School. Having previously played football for Gravesend and Northfleet (now Ebbsfleet United), in 1966, David follows their current progress with great interest. In addition, he follows Gravesend's two rugby teams (Gravesend and Old Gravesendians). In addition, he has a great interest in politics, military history, and international affairs.

David is standing for Election on the basis of his sixteen years of devoted Service to the Electors of Riverview Ward and Gravesham, and his undoubted commitment to carry on representing their concerns, hopes, and aspirations.

It is a privilege not given to many and David seeks that privilege, again. 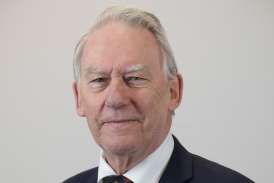