Bryan is an experienced local councillor having served as a Gravesham Borough Councillor from 2007 until 2015, representing Higham and Istead Rise and at Kent County Council where he represents residents in Rural areas in Gravesham (from 2009 until now). At KCC, Bryan has been responsible for Highways, Recycling, Environment and Business. He often visits local schools and is regularly seen supporting Ebbsfleet Utd.

​​​Bryan has lived in a Gravesham for the last 40 years. Over the last ten years he has secured over £150,000 in grants for local voluntary organisations. He has led the fight in Gravesham to protect our countryside against inappropriate development and is a member of CPRE (Campaign to Protect Rural England). For the last ten years he fought against government plans to build the new Lower Thames Crossing through our precious countryside.

Now retired, professionally Bryan was a senior manager in the telecommunications industry. He has served as a non executive director on the board of a number public organisations (NHS) and commercial companies.

Bryan attempts to play golf, enjoys walking his dog (Henry) and enjoys being a grandad.

Our pledges for Central

An extensive repair and improvement programme to clear vegetation from Kent’s footpaths has begun.

Kent County Council look after trees, hedges, shrubs, flowers and grass verges in the county and deals with weeds on roads and pavements.

Six years ago as the Kent County Council Cabinet Member for Highways, I was told by the Government Roads Minister that the Lower Thames Crossing congestion problems would be solved by building another bridge at Dartford.

Building on the Greenbelt will increase school place deficit in Gravesham

The Challenge for Rural Bus Services on Sundays

By Bryan Sweetland, KCC Councillor for Gravesham Rural (in picture, second from left). I have always supported the case for a Sunday bus service in the rural areas. 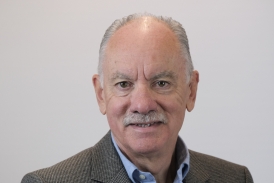