As a parish councillor in Shorne since 2015 and Chairman of the Parish Council for the past year, many residents will already recognise Bob for his proactive approach in achieving positive results and in helping to maintain and improve our local environment.

Others will know Bob for his leading role in campaigning against the Lower Thames Crossing east of Gravesend, and continuing to press Highways England for changes and improvements to their selected route, in order to mitigate against the worst impacts and to reduce traffic on local roads in places like Shorne, Thong, Cobham, and Sole Street.

Bob is also active in raising awareness of the threat to Gravesham’s Green Belt resulting from unrealistic and unsustainable housing targets, and in challenging Gravesham Borough Council to resist the temptation to allow developers to build what they want on our countryside, and instead to put pressure on them to build the affordable homes we want on redundant brownfield land.

An experienced engineer and manager, Bob started work as an apprentice electrician for Seeboard in Gravesend, and ended his full time career as Director of Network Operations for UK Power Networks, and previously EDF Energy.  Having lived in Gravesham all his life, and in Shorne for the past 24 years, Bob believes he has a good idea of what the local issues are, and what is important to residents.

Bob is married with a grown up daughter, and a young grandson.  When he finds free time, Bob enjoys reading, gardening, motoring, and planning the next litter pick!

Our pledges for Shorne, Cobham & Luddesdown

This week Derek and Aaron met with officials from Highways England to discuss the Lower Thames Crossing on behalf of the residents of Riverview and a few days after Bob and Tony had done the same for Shorne, Cobham and Luddesdown.

Consultation report by the autumn?

Thanks to Kent Rural Police for Fly Tipping Enforcement Efforts

We are grateful to Kent Rural Police for the work they do to identify and bring criminal fly tippers to justice. 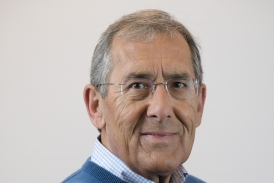